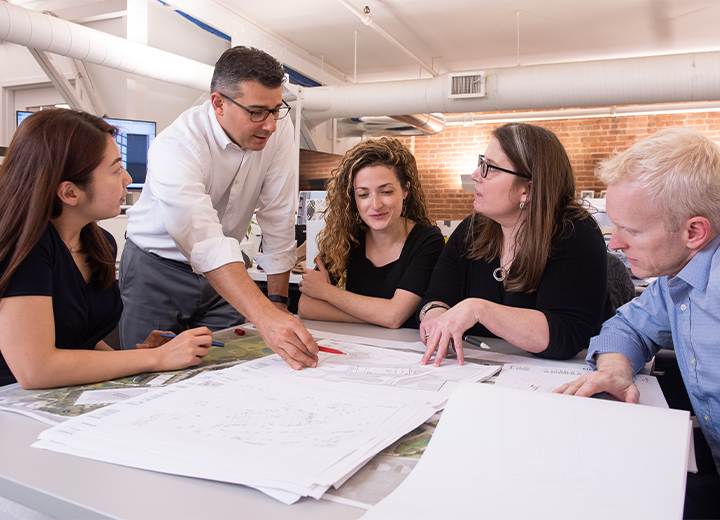 We are excited to announce that Newman designer and business strategist Melinda Agron is now a licensed architect.

In her time at the firm, Melinda has brought a thoughtful, strategic approach to projects across multi-family, mixed-use, and large-scale sectors, as well real estate planning services. She is committed to nurturing thought leadership and advocating for the value of architecture, equity, diversity, and inclusion.

Alongside a cadre of other Yale School of Architecture alumni, Melinda recently reflected on her professional experience as part of a Yale Constructs article on women in architecture:

“I never gave much thought to being a woman in the field of architecture. As I started my career, I had the lifelong example of my mom working a full-time job (albeit in a different profession), an enviable roster of female professors and mentors in my liberal arts college’s architecture and art history departments, and structured support networks of peers, teammates, and friends, all determinedly ambitious. The unchallenged pursuit of my intellectual interests and professional goals was not only an option but the norm—and a profound privilege that I credit with who I am today.

Despite a nearly equal gender balance in my MArch I class, architecture school ripped off my blinders in all the ways one might expect: little representation of women in history and theory courses; group members who didn’t hear an idea until the next guy brought it up; critics who walked into each student’s review with different assumptions and expectations; and a deep-seated reverence for the status quo that, despite everyone’s best intentions, coursed through the veins of most. While those conditions certainly did not define my time as a graduate student, they were potent enough to regularly make me stop and ask myself: Do I really belong here?

Now two years out of school, I am grateful to work for a firm whose culture encourages me to live a life that is fulfilling. I am doing work I love with people who have quickly become great mentors, teachers, and friends. Yet when I reflect on the last ten years, I find myself considering all the ways in which I was lucky to end up where I am now. If I had not found mentorship in impactful critics and professors, would I have chosen instead to go a traditional MBA route after graduation? If I had not been among a close-knit group of supportive friends, would I have decided that architecture was not for me? If I did not believe I could pursue any career, would I have even applied to architecture school? If I did not grow up surrounded by strong role models, would I have developed the confidence to believe in my own ambition?

Today when I think about being a woman in architecture, I see the line that is traced through these questions. Given the number of hurdles that still exist for women along the path to becoming an architect, the pace of today’s cultural shift should come as no surprise. The work being done to bring equity to the profession in places where we so often lose many women—recruitment, compensation, mentorship, and advancement—is only as effective as the work we do to bring equity up through the next generation. The foundation for the future of our profession is laid when we can cultivate in the minds of young women—particularly among minorities— the idea that they are not hindered by the same barriers their mothers and grand-mothers faced. I can only hope that if I have a daughter who chooses to follow in my foot- steps one day that she can make it through her career without giving much thought to her status as a woman in architecture.”

Source of the quote:

First Published in January 1999, Constructs is a bi-annual news magazine highlighting activities and events at the Yale School of Architecture. The large-format, 28-page publication features interviews with visiting professors, previews, and reviews of exhibitions, symposia, and lectures sponsored by the school, as well as faculty and alumni news. It also has feature articles on issues relevant to discussions in the design studios and on architectural events worldwide. The magazine is edited by Nina Rappaport and designed by Jeffrey Ramsey. It is distributed free of charge to alumni and Yale affiliates and sold in architectural bookstores internationally.